Outing Around the Lake 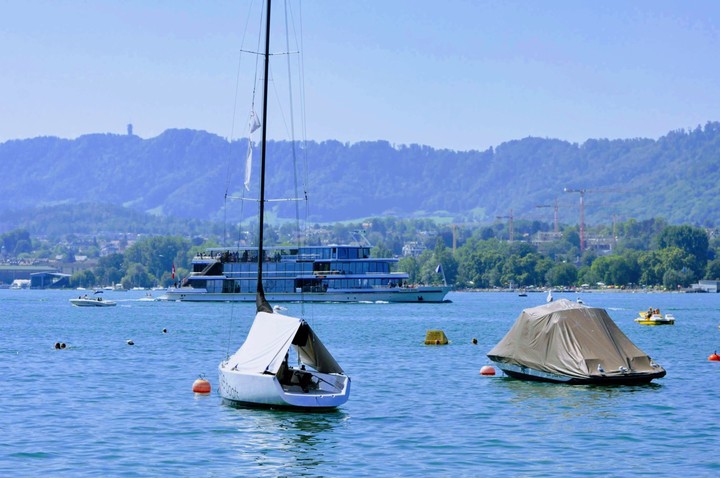 Our day began at the head of the Limmat, where Zurich meets the lake, at Terrasse Restaurant. Over brunch we met the day’s party, which included partners, children, and one dog. We soaked up the late summer sunshine while chatting over croissants, eggs, and homemade jams.

After brunch, we walked south along the Quaianlagen, the pedestrian promenade along the east bank of the lake. We meandered by the Opera House and arrived at the Zurich Horn, a small lake peninsula park. We played frisbee and football/soccer in the park and toured the China Garden. And no summer afternoon would be complete without ice cream!

From Zurich Horn we boarded one of Zurich’s water taxis. These low canal boats are built to pass under Zurich’s many bridges over the Limmat, and from our seats we were almost at water level as we skimmed to the other side of the lake.

Our outing culminated in the Seepromenade, host to Zurich’s 40th annual theater festival, Theaterspektakel. Street performers, sculpture, and musicians filled the park. Upon arrival, we were promptly serenaded by a ventriloquist puppet. We enjoyed the music and festivities over drinks, before splitting off to return our own separate ways.

I am interested in applying data science to improve healthcare.